Millennials are getting a hard time in the press and we want to know if it's all justified? The team at Group8 unpack the question at hand, exploring whether or not millennials are indeed as useless as they are made out to be or simply victims of the times. 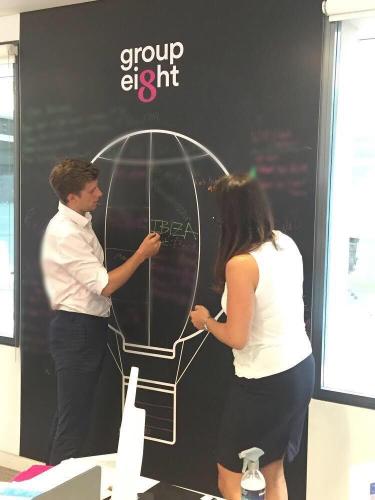 There is a creeping sense in the media that Millennials just aren’t cut out for the workplace. In fact, it’s stronger than that, with one particular news outlet going as far as to brand Millennials ‘the most entitled and self-absorbed generation in human history’. A pretty damning review which has led to much awkward shuffling and defensive excuse making from millennials everywhere.  The word ‘entitled’ in particular appears prominently in a number of online articles, a possible indication that as a generation we (guilty) have reached such worryingly lofty heights of mediocrity that we expect everything to be handed to us on a silver platter.

The question we ask in return: Is this a fair assessment or an unforgiving generalization by an older generation struggling to keep up with the changing times?

We have asked four members of our Group8 team (two Millennials and two from the imaginatively named Generation X) if they are in accordance with the argument that Millennials are indeed ‘entitled’ and ‘self-absorbed,’ or perhaps there is more to it…

We don’t have the best reputation at the moment, do we? (Cue violins) There is a tendency to feel permanently misunderstood as a millennial when the butt of any joke centred around laziness or lack of productivity is directed your way. Often tales of how tough it was ‘back in the day’ can make you swell with shame after an irrational moan about the lack of signal or an Uber running 2 minutes late. In that sense, there is definitely room for improvement.

At work though, adjustment is the word of the day. The University hangover is a very real phenomenon. When it all finishes, the immediate feeling that lingers on is sheer panic at the thought of 10-hour work days. When you finally find yourself in an office, making real-life decisions that impact the efficiency of a team, it can be a bit of a shock to the system. I would say give us a month or two to get the hang of it, we just need some time to adjust and assimilate, we promise.

I also think we are the first generation where technological skills are expected of you. There’s nowhere to hide. All and any resources imaginable are at the click of a button and I think people assume we are all technological geniuses. We aren’t. I’ve literally just learnt to copy/paste, I can’t code, and I still write in a notebook. We all have different skill-sets I guess.

There’s no right person to ask about this topic is there? Those who aren’t millennials will say millennials are lazy, ungrateful, entitled etc. Those who are millennials will tell you that they’re nothing of the sort. I think generalisations of any kind can be a dangerous path to go down. There’s no way every individual between 20 and 30 can be lazy, equally there’s no way all of those over 30 are the stoic, unoffendable, thrifty workhorses some of them claim to be.

I read an article recently which claimed our generation couldn’t afford to buy a house because we buy too many coffees and avocados. Now, I’d be the first to admit that saving money isn’t exactly my forte, but I don’t believe that to be because I’m 24, and I certainly don’t believe that to be because I buy too many avocados (I can’t stand the things) or espresso affogatos. I don’t think – contrary to the stereotype – that I am ‘entitled’ to a well-paid job, a house and all the other luxuries that require a lot of good old fashioned hard-work and perseverance.

In fact, I work a lot harder now than I did at University. Of that there’s no doubt whatsoever. The reason being, I think, that I’ve transitioned from paying to do work, to being paid to do work. Whether rational or not, I find the latter to be a far greater motivator.

My experience of Millennials has been mixed.  On one hand, some have had an air of entitlement but so have people from other generations, and then there is this sense of helplessness about them. The issue is that they’re growing up and developing in a time that looks significantly different to when we started working.  I also think most of us take for granted that because they have grown up with access to so much information, that they should automatically know everything.  The truth is, they don’t.  The advent of social media and technology explosion has rendered many unable to communicate or engage in person, which is or can be debilitating in the competitive world we live.

I find Millennials to be more thoughtful and considered about people, the environment and life in general.  I think they’re really helping society to look at themselves and the workplace with a different set of eyes, with strong views on diversity, work-life balance and more socially conscious behaviour.

Overall, I think they have the fundamentals to be better people than we are but need our help to get there.

I think labelling or branding any demographic of people, let alone a whole generation can be dangerous and assumptive. It also depends on why we feel the need to ‘brand’ them, surely, we should judge everyone on their merits rather than on their perceived reputation?

To me, it’s all about upbringing and values. These days, we’re starting parenthood later and later and are generally more affluent by the time we have kids than say our parents may have been. When I look at the difficult moments in my parents’ lives, I do wonder where our kids will get their drive from if we give them everything they want and need. Doesn’t mean they’ll be less driven but maybe wired differently and we need to therefore spend time working out what makes them tick!

I’m not sure they have it ‘easier’ though. The world of social media wasn’t around when we were younger (thank god – many a moment I am delighted wasn’t catalogued!) so there are now much more complex social pressures that we haven’t experienced, and we should try to understand these obstacles in order to support the millennial generation.

if we approach people as ‘individuals’ in the truest sense of the word and try and work out what makes each person tick, we can then work out if they align with what we need or are looking for and how to manage them.

Whilst Millennial productivity and attitude can be questioned, the general consensus is that it’s impossible to lump all millennials into the same category. As with any group, inevitably someone is going to let the side down. What it comes down to is circumstance and the changing of times. Rationally speaking, it would be odd if generations had the same mindset, as society changes working philosophy is bound to change along with it. There will always be a shift in attitudes between generations. But it seems counter-productive to berate Millennials and widen the generation gap, give us a hand, help us adapt, we really appreciate it.